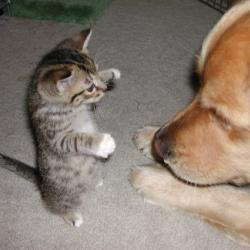 My brother Sam brought two kittens home from RW's house a few days ago. RW's cat is a stray who showed up to have four kittens. She's been with RW, Lou and the boys for a few months now. She picked the right house for sure! RW has a been a sucker for a stray critters his whole life! This Billy cat sleeping on the chair beside me is one of RW's vagabonds. Fred is one of RW's vagabonds--kinda. RW did bring him home though. And Doob is here cause RW just couldn't let me give her away with the rest of that litter. 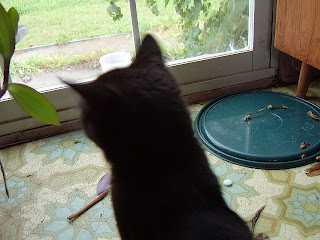 And beings everyone likes kittens, I thought we'd have us a kitten marathon! (If you are one of those who do not like kittens, though I can't imagine why anyone wouldn't like kittens....you probably should be warned there are 10 pictures of adorable little kittens in this post! And I am going to ramble on about them.) 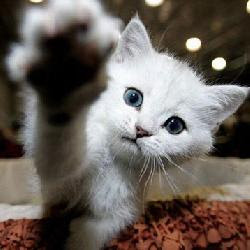 I like blue-eyed white cats. Miss Blue was as white as this kitten pictured here when I brought her home. She was about the same size as that kitten then as well. The older she got, the darker her fur became. Her daddy was a full blooded siamese named Luther and her mama was a grey and white barn cat. Luther lived in the house. He went carousing one night with the girls in the barn. Miss Blue grew into the siamese in her. She had beautiful blue eyes! And she was vocal like siamese are.
I even wrote a poem about kittens for this post!
Kittens
Kittens running amuck
make giant issues
when you are stuck.
Eyes closed in slumber
kittens appear to be docile.
Given darkness as cover
kittens are stalkers
with your eyelids on their minds.
Perhaps a toe has
snuck from beneath the blankets.
A twitch in the dead of night.
Watch out for kitten claws,
they sometimes hold on tight.
Tagteam in practice
climbing the livingroom curtains.
There's a fly in the sky
ready to alight.
Kittens pounce
with much delight.
9 sept 09 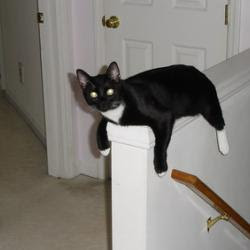 The only cat I know out of this batch is Hank. (I do believe he was one of RW's vagabonds as well.) He's the little black kitten a few pictures up that is looking out a window. The rest of these cats have been snagged from the internet. Most of them from kittenwars.com. If you like kittens or just cats in general and you've never heard of kittenwars, you need to go visit and vote for your favorite kitten! You can spend hours there!!!! 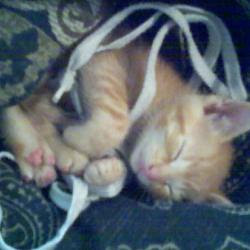 This little orange fella shows one of the things I love about kittens. He's done tuckered himself out playing with that shoestring! Kittens can be totally engaged in play one second and sound asleep the next. Orange kitties are my favorites. 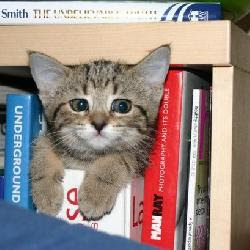 Kittens can get themselves into some mighty stange places. And when you're reading a book....cats always think you can do that best while they're sitting on the page you were trying to read. Books are cat magnets! 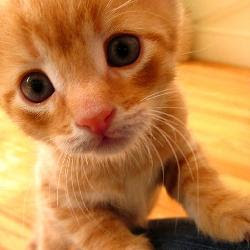 I would dearly love to have another kitten but I know that if I bring a kitten home, there is every possiblity it would meet its demise on the highway or as a coyote's supper. I'm not ready to risk that for a kitten. 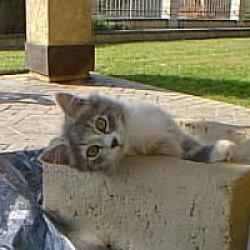 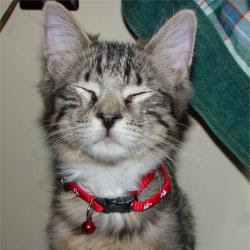 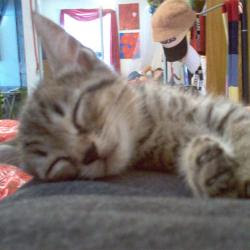 If reincarnation really happens.... I want to be a housecat in my next life.
Go out and get your hugs.
Peace
831

I totally agree with you, Donna. Who wouldn't love 'em kittens? :)