The fish picture 3 is indeed done!!!! And it's about time! I've only been working on this piece for about six weeks now. Started it at the beginning of May and here it is the 11th of June already!
I am quite pleased with the outcome of my efforts!
The pictures that follow are close ups of some of the elements of the canvas. There is a lot to see on this one and I'm afraid the pictures do not do it justice. The colors are off and you can't possibly comprehend the depth and the textures on this canvas!
Enjoy the pictures. I'll keep commentary to a minimum.
In among the fish picture 3 pictures is a picture of the three little books I made in the afternoon on the 10th. You all know I don't know how to add these pictures in the order I'd like them to be! Get used to it, I doubt it's going to change anytime soon! :) 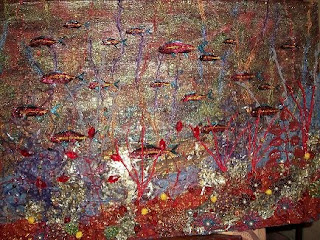 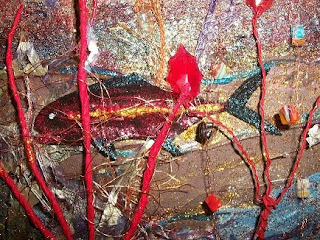 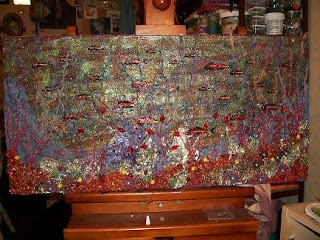 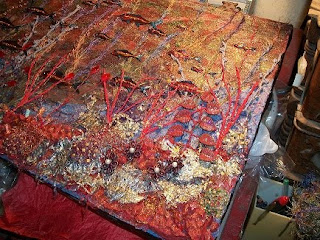 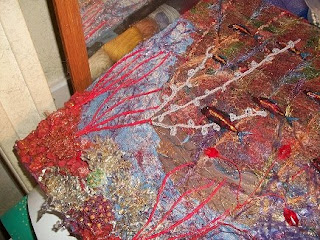 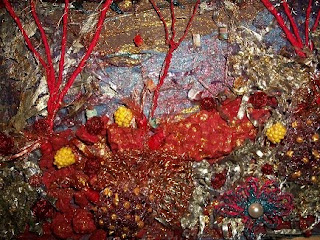 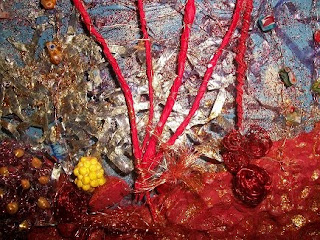 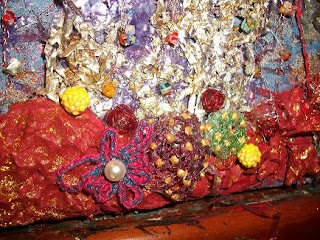 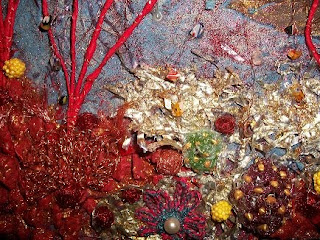 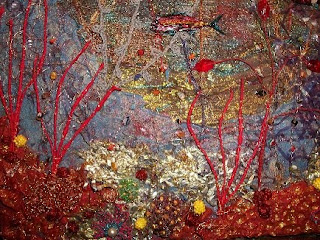 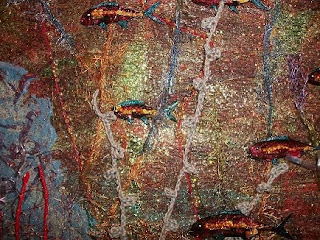 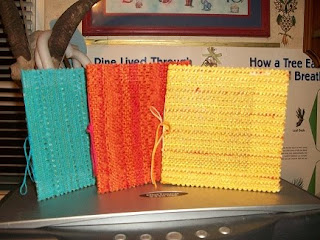 3 Little Books
The pages inside are 6x6 inches, the covers slightly larger. I bought a whole box full of upholstery material samples yesterday at the thrift store. These samples must have come from the 1960s or 1970s. The colors are bright and garish like these three, tweed material, most of it. There are ten pages, 20 sides of paper sewn to the covers with crochet thread in a coordinating color.
I'll be making more of these. There was also a bit of brocade material in floral patterns in that box of samples. The brocades are a bit smaller than the tweeds and not quite so garish with the coloring. I'll be making some little books from the brocade eventually as well. 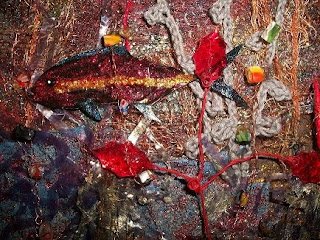 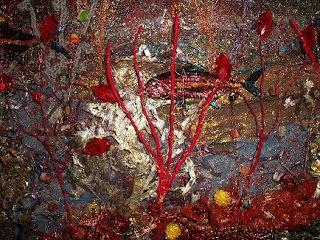