When it Rains, It Pours! 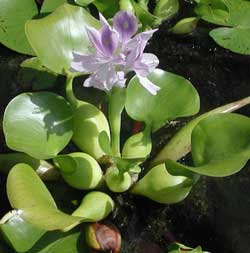 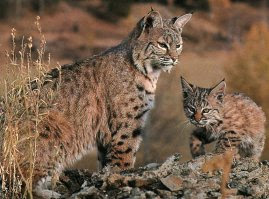 As you all know from Thursday's post, the van died. I'm uncertain if it is dead as dead can be or if the mechanic can fix it for a reasonable price. RJ came over on Friday to take a good look at it to see if he could figure it out. He's usually pretty handy when it comes to fixing things. He wanted to take it for a test spin so he could see exactly what it was doing. He jumpstarted it and we hopped in to take it down to the mile road. We got to the mile road and lost all power. I was driving. I turned off of the highway so as not to interfere with traffic and got it down onto J Road which is a dirt road and much less traveled than the highway. It was dead again so RJ walked back to the house to fetch his car so we could jumpstart it again to get it home. I waited patiently, hoping no one would come along to ask if I needed assistance. I was in my pajamas still. RJ wasn't gone long and we jump started it again. I decided instead of turning around and heading back to the highway, we'd drive down J Road to the next mile road and go back to the highway from there cause then we'd be on the right side of the highway and wouldn't have to turn into the driveway across two lanes. I got it down to the next mile road and around the corner before it died again. As I turned onto the mile road I saw a two cats up aways in front of me. Then RJ came around the corner and up behind the van and one of the cats ran off into the cornfield next to the road. The bigger of the two cats sat down in the middle of the road and watched us while we watching her. RJ got out of his car to jump start the van again. That wasn't happening though...the cat still sat there. As soon as RJ got back in his car she too went into the corn field and disappeared. He said he saw three cats instead of two. They were bobcats like the ones in the picture here. Beautiful! I was so glad we got to see them. And doubly glad the mama cat sat in the middle of the road so we could get a good look at her. Why I didn't get out the binoculars and take a REALLY GOOD LOOK at her, I can't rightly say. Wish I had done that though.

The van is pretty well dead as we speak and I won't be able to get my mechanic out here to take a look at the dead thing till at least Monday.

I say 'When it rains, it pours!' I will explain myself there....Usually when something goes wrong like the van breaking down, something else is going to go wrong as well. It usually happens in threes so I'm still waiting for the third screw up! The second thing to go wrong is the broken water pipe under the house. The livingroom carpet is a sopping wet mess and there was a puddle on the kitchen floor and another puddle on the laundry room floor when I got up this morning. I have no water at the moment cause the plumber can't come out till Monday either! We will perservere though and it will all work out for the good! It will!

The other picture at the start of today's entry is a water hyacinth. I have these plants in two places at my house. The ones in the pond are not blooming at the moment, but the ones in the horse tank are blooming like crazy! A good find on such a crappy day! I found them the day before yesterday blooming. Ma put them in the pond and in the horse tank about a month or so ago. The mosquitos were breeding like rabbits in both bodies of water and we put goldfish in both ponds at that time to take care of the mosquito larvae. Ma has these water hyacinths in her pond and needed to thin them out somewhat. Her's are not blooming. The horse tank sits where it gets a lot of sunshine throughout the day and I do believe that is why only the hyacinths in the horse tank are blooming. What a gorgeous sight though! Very pretty flowers and flowers this late in the year are always a nice surprise!

I haven't anything planned for the day. I finished Elaine's bowl the day before yesterday. When I talk to Terah again, I'll see if she will bring her camera so I can take a picture of it to show you all. It turned out pretty good if I do say so myself! Susan agrees. It looks pretty good and she's quite certain Elaine will LOVE it! I hope so. All it needs is a coat of sealer and it is ready to go! It will go in the closet with the rest of the rest of the Christmas gifts I've already gathered.

I do believe I will be working on paintings today, though I'm not so sure where the heck I'm going to find a tube of white acrylic paint. I ran out when I finished the bowl. I could use the cheapo stuff and I probably will end up doing just that! I need white paint though as one can't paint tigers without it! And a tiger is on my agenda, still. I also have three cat portraits to paint as well. Not to mention the dragonfly with a sunflower and the butterfly with a daffodil. I really must get all those paintings done soon. The folks waiting on them are being ever so patient and I do appreciate that much more than I can say...but it's past time to get crackin' on the paintings.

It has been a week of critter sightings. Not sure what day it was last week that Susan called me early in the morning...well before the sun came up...to say she was on her way to my house (she just lives next door) and she couldn't come right then cause there was a skunk out in the yard that separates our houses. I was still talking to her on the phone as I looked out my back door to see the skunk shuffling around by her pump house. He sure is a handsome fellow! How can such a smelly critter be so handsome? We've seen him a couple more times since that morning. This morning she called before the sun was up to say she'd be over in a minute or two but the skunk was back and she was waiting for him to get out of her way! He ambled on over to the only tree between her and mine, nose to the ground, minding his own business when she started across the yard. He paid her no attention at all until she got to my back door and started talking to me before I had opened the door. He swung around, tail high in the air and looked intently our way. Fred (dog) barrelled out the back door headed straight for Susan's cat, Maddy, who was following her and didn't even see the skunk! Thank God! Hopefully the little skunk will head to other parts before long. Fred tangled with a skunk a few months ago and it didn't smell pretty at all! I'm hoping he doesn't discover this one at all. He thinks they are cats and according to Fred all cats should be his friend! Not all cats are his friend but that doesn't in any way stop him from greeting them anyway! He knows some of them have claws and are not afraid to use them. Doob is the prime suspect for that sort of behavior. She hates that dog! So wish the skunk to go elsewhere before Fred discovers him! I truly don't need a skunk sprayed dog. And that may be the third thing to go wrong! Oh, I hope not! I do hope not!

I'll come yak at you all another time. Right now I need to get out of these pajamas and go next door to Susan's for a bit.

Have a wonderful Saturday!

Oh dear, what a series of bad events! Hope that things are better today (Monday).

The skunk reminded me of Pepé Le Pew, the aggressively passionate skunk in Looney Tunes :)