Progress on the Fishes, Drawings and Something Totally New!

Hello Readers!
Progress on the Fishes is happening! Not quite as quickly as I had proclaimed in the last post...but progress is happening! That brown basket still has 22 of those naked fishes in it. Not a one of them covered in paper.... my UFO list grows. 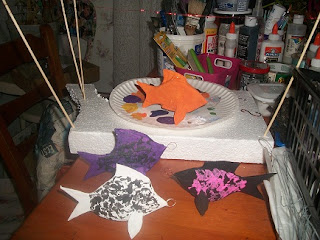 I did get these four almost done.

These were an experiment with two different kinds of medium as their outter layers. This being before the paint went on. The purple and black fish are covered in joint compound. The white fish is covered in homemade gesso and the orange fish is actually paper mached with a final layer of homemade gesso. That one is paper mached because he's the only one out 26 that got that far! When I dragged them out from the bottom shelf the other week, the others were only chipboard skeletons. I paper mached that one and didn't go any farther cause the ornament project was looming and there just wasn't time for the idea of a school of fishes to contend with.
Now isn't really a great time for them either, what with the Flamingo still slumped over that orange bowl, and all the other UFOs on the list, but the fishes are screaming, so now IS the time. At least for these four guys.
Who knows what the muse will decide for tomorrow? 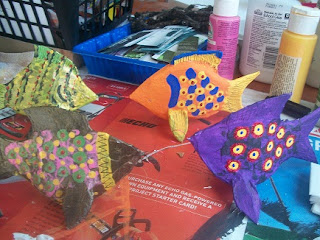 The results of the experimentation of one or the other medium resulted in me deciding that joint compound is lovely stuff to work with but it is not going to work for these fishes. They are too heavy. Their fins are cracked at the joins already. They will work, but they are not ideal and I'm not going to cover 22 fish skeletons with it.
The orange fish with its paper mached layer and a layer of gesso is the route I'll go. The green striped fish has the nicest finish to work on so I'll tweak everything to work together with the remaining fish.
These guys still need a few finishing touches before I can call them finished.
Eyes would be a nice touch! And a coat of spar varnish to protect them.
I rather like them. I will enjoy the creation of the entire school!
And you all can come along for the ride if you wish.

I'm still in the drawing mode as well. 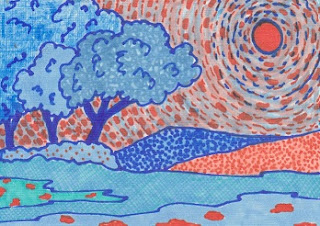 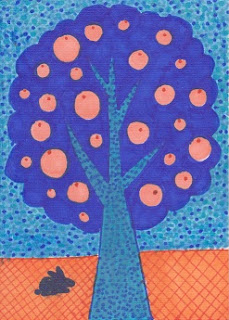 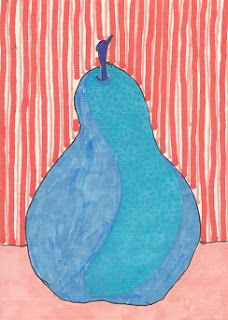 I did the three orange and blue ATCs at my sister's house on Sunday morning. I brought only orange and blue markers along with the blanks. I didn't choose wisely with my selection of particular markers.
A few of the colors were not the choicest of the markers I usually have to choose from.

I discovered something to do with  those plastic credit-type cards one acquires. Some times they come unbidden in the snail mail. Some times they come in multiples of many from one of your trained hunters.
Both are the case here! I've acquired them from many trained hunters, just not in the numbers my brother handed over a few months ago. His contribution added considerably to the growing stack. I have no idea how many there are...I've never counted them. I'm guessing close to 125 or so.
After an exhaustive hunt through Google Images for something to do with those things, I took the scissors to six of them.  Google didn't point me to anything I found useful. There were no crafts to recycle them into something else. There are a few things you can do with them though. Use them for a paint spreader, make a  needle out of one for sewing paper weaving, they make good disposable small pallets. I'm sure you all have many other uses for them too.
I was looking to make them into something they were never meant to be.
Thus was born the Peace Hand. 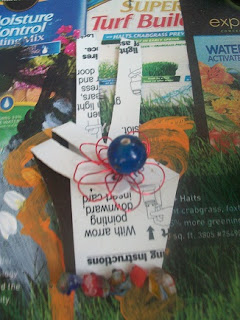 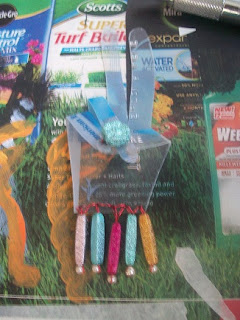 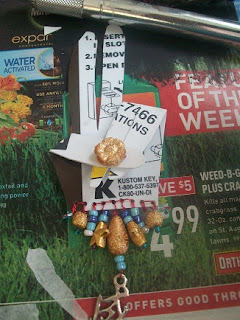 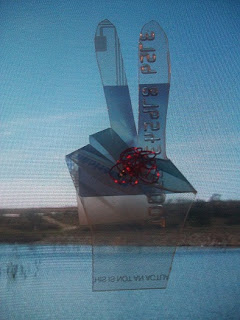 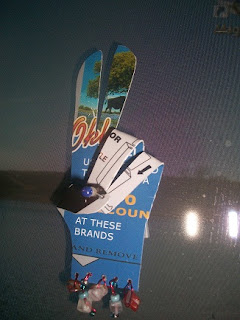 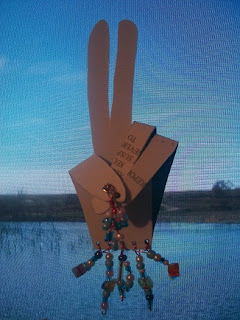 The copper wire is salvaged from a dead small appliance of one species or another. It's hard to know what it came from. My brother found the stack of cards he gave to me at the dump one day.
I don't know that I'll make that many Peace Hands but I've turned six of them into something they were never intended to be. Goal accomplished!
I kinda like these hands. They're pretty easy to make too. I just cut a mitten shape out of the card and then cut the finger shapes out. You have to make sure you leave the thumb long enough to fold over the ring and pinky finger though. I lit a candle to heat the needle tool so I could poke the holes where I needed them and then wired it all together with the copper.
Keep an eye out for the cat when you have a lit candle on the desk. That fool Lola cat has a singed spot on her little armpit.
After mulling it over, I decided they would be magnets. I think putting a fancy fitting through the tips of the middle and pointer fingers for it to hang by would be pretty cool too. The next batch of these I will try that.

I'm going to go whip up a cake and clean up the kitchen a bit while it bakes. I'm freezing! I need the warmth of the oven!
You all have a stellar day!
Be good to one another!
It matters!
Peace
831