ATCs, Inchies, And Some Rambling From Me!

I was going to go with Purple Font today but it would just have to be reset after each picture so we'll just go with Green and call it good.
I've been busy with Inchies more than anything else. The ATCs here were all drawn back in 2005. They were at one time a whole picture that hung on my livingroom wall for a few years. I cut that picture up into ATC size and colored it with markers late last week. I was pleased with the outcome! I got eight ATCs out of that picture but for some reason I only count 7 of them here. No biggie I suppose...Enjoy the ATCs. They are all done on illustration board with markers. All are up for trade. 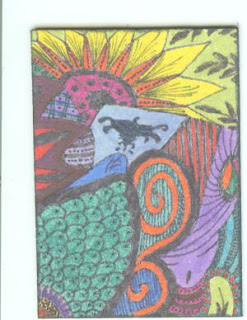 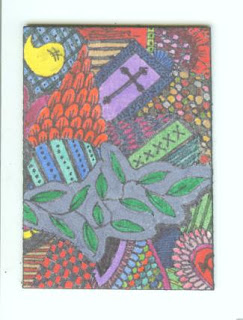 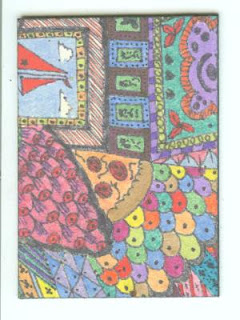 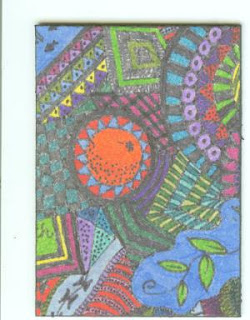 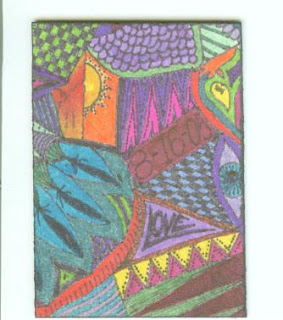 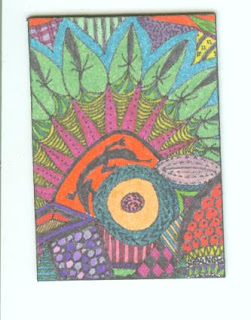 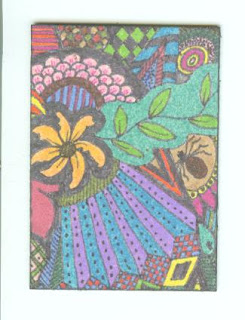 There was an inchie-a-thon this weekend over at AFA (link on the sidebar). All of these were created sometime this weekend. 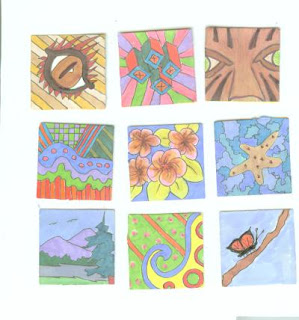 I traded the mountain lake scene in this batch. My sister Susan did the butterfly on a stick. The rest of them are mine. All done in sharpies on recycled cardstock. 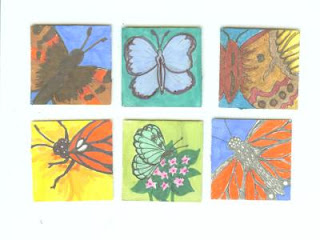 Butterflies....all done in sharpies on recycled cardstock. None of these traded. 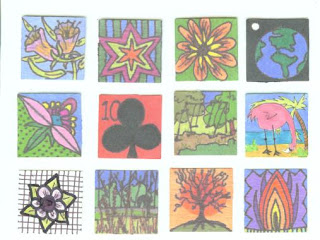 This batch wasn't made for the inchie-a-thon, they were all made earlier in the week. Again, sharpies on recycled cardstock. 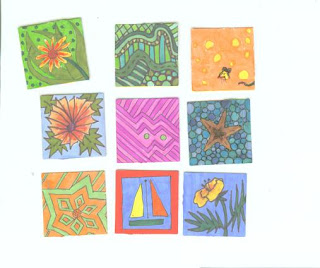 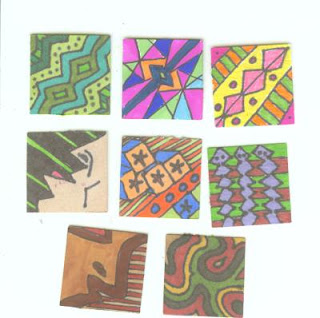 None of these traded. All are, again, sharpies on recycled cardstock. 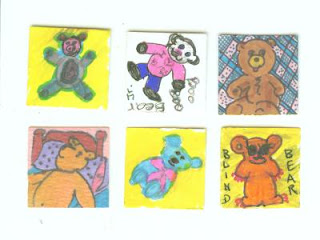 Here are some really pitiful teddy bears! I did the top right one and the lower left one. Susan did the first two on the top line and Linda did the remaining two. None of these got traded either! Wonder why? LOL 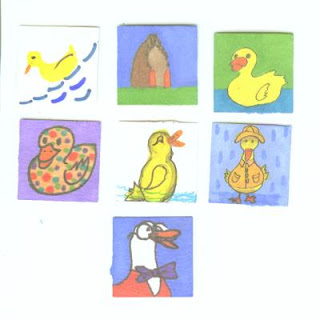 Bunch of Ducks. Linda did the first one in this batch. Susan did the middle one on the second row and the rest of them are mine. I traded the duck in the raincoat and the duck on the top right. 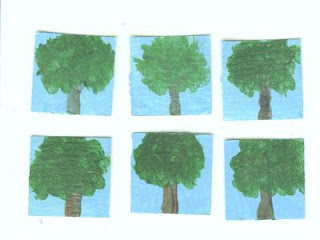 Half a dozen trees done in acrylics on watercolor paper. None of these traded. 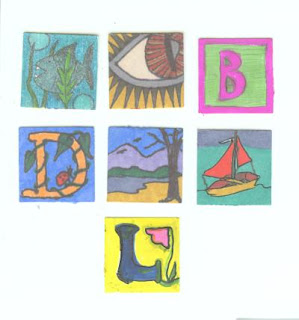 The B was done by Susan and the L by Linda. The rest of them are mine. The mountain scene is traded. 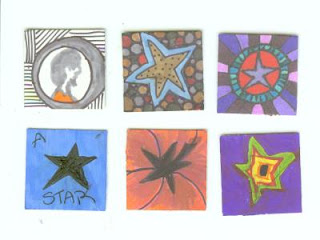 Some stars! Yeah, I know that first one doesn't appear to be a star... but that is what Susan intended when she first started it. We all decided it looks like Shaggy from Scooby Doo. So it kind of is a star.... Susan also did the blue star beneath Shaggy. Linda did the bottom right one. I traded the orange one in the middle of the bottom row. 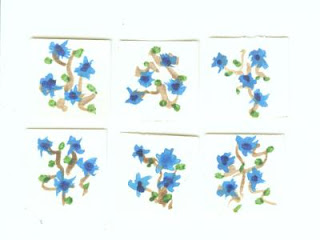 Blue flowers.... acrylics on watercolor paper. None of these traded. 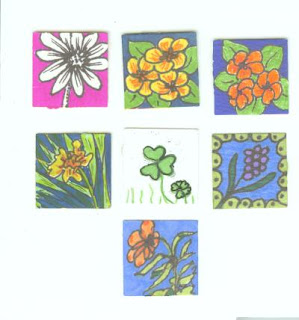 Flowers---The clover in the middle was done by Susan. The rest of them are mine. The three on the top row have been traded. 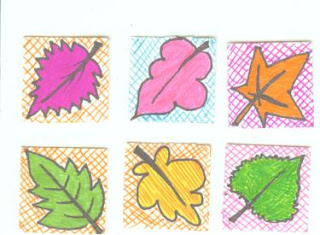 Leaves....Three of these are traded. The two pink ones and the first green one, if memory serves me correctly.
I added a book read to the list of books read in 2009. I finished it early this morning. For a book that won a pulitzer prize for literature, Beloved wasn't as good a book as I had hoped it would be. It was a struggle to finish it. No clue what the next book will be! I still need to finish one I started awhile back. It's about ghost towns of the old west.
I was gone for a day and a half this past week. That explains why no new posts for so long...and then again, maybe that doesn't explain it but anyway.....
Had a good time away from the nest. Got some sunshine on my face, got dirty as a little boy playing with his trucks in the mud and enjoyed myself thoroughly! I'm ready to go again!
I need to make some envelopes for some stuff that needs sent out. I bought envelopes at the Dollar Store earlier this afternoon but I need some that are a tad smaller than the ones I bought. I need the ones I bought too though.
The postmaster always gives me a hard time when I come to the post office with an armload of envelopes to mail. He says to me, "You come up with some funky stuff to mail!" He was refering to the envelope that stood out like a sore thumb in the last batch I took to the post office. It was a used bubble mailer that I had refurbished by gluing a map to the outside of it. It was really cool looking! It worked! I kept an envelope out of the landfill for one more mailing and didn't spend a dime in doing so. I think for the next envelope I have to make or reuse I'm going to use pages from my Medical Dictionary to cover it with. That should get him going! lol It's all in good fun that he gives me such a hard time. I tell him, "Hey, if not for me bringing you these weird envelopes, what fun would you have at this job?" He just laughs and shakes his head, yes. I'll be seeing him tomorrow.
Well, I'm out of here for the time being. I have things to accomplish today. You all have a fantastic week ahead and collect some hugs along the way!
Peace
831
Posted by Donna at 2:57 PM

I love how colorful these all are, and put together like this is really stunning

I love the colors!