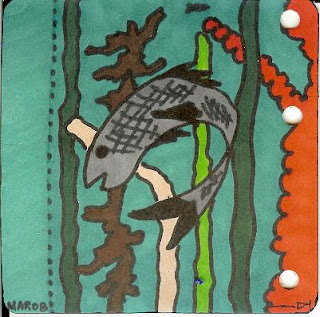 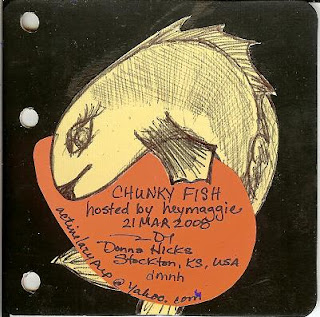 This is 'grey fish'. Not a very good 4x4, but its what is going out. I drew the front with sharpies on a margarita coaster. (Says in a earlier post these are beer coasters, they are margarita coasters). The backside is a fish I drew on yellow cardstock with an inkpen and an egg cut from another sheet of cardstock.
Danglies will be added later. 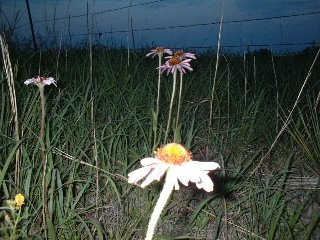 Echinacea aka snakeroot
I took this photograph at dusk on day back in 2003. I've always liked this picture. There is way too much light on the flower in the foreground, but other than that it's a nice picture! I miss going out in the country and digging snakeroot with my youngest son. We spent many an hour out in the middle of nowhere, he with the pic, me with the camera.... We spent awhole lot more hours out there without the camera than with it.
Posted by Donna at 11:35 PM