Hello Readers!
I thought I had worked on other things since the last post but it appears as though all that has happened in the last six days is Polish Stars.
I know I've done other things. I started on the snake cane again. It has a coat of purple paint on it at the moment. Need to do something else with it as the purple paint isn't sticking properly.

I wanted to show you all a better picture of Mr. Kitty!
He's sitting on the table in the livingroom in this picture. He is a success! 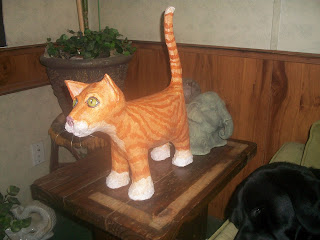 Fred's only pretending to be asleep. 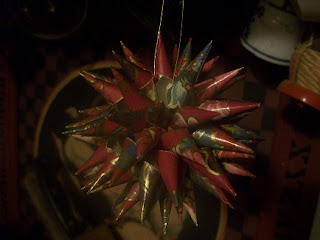 Well, I've screwed that up, haven't I?
I don't dare go trying to fix moving that first polish star picture back in line with the rest of them. It will disappear and I'll have to go fetch it again if I do! So it stays where it is! 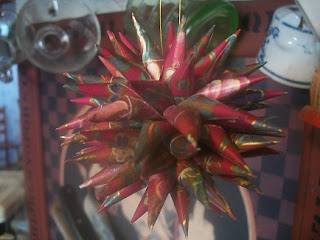 2
Yes, these first two stars are made from the same paper. This is wrapping paper I've been saving for something good. Wrapping paper is a wonderful paper to use for Polish Stars! It's easy to glue, easy to cut and the perfect weight for folding those tips! AND it comes in many pretty colors! 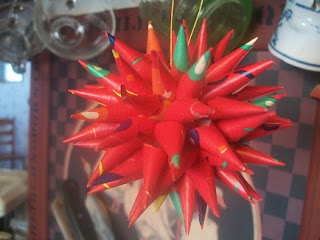 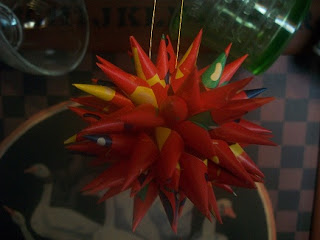 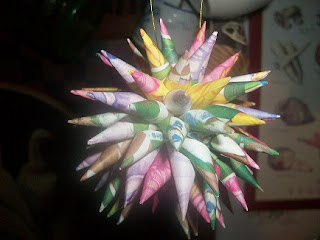 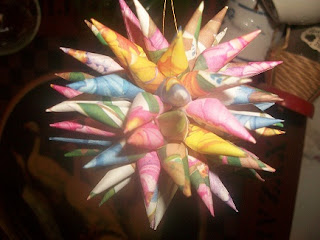 6
More wrapping paper...used this time.
You'll see at least one more star made from this colorful pastel paper. Those were actually lovely garden flowers on that paper!
The patterns on the paper are irrelevant. Can you tell there were flowers, heart shaped balloons or rocking horses on any of these wrapping stars? No. You cannot. It's color you want to concentrate on where the patterns are concerned.
Same goes for magazine paper. Color, not what the pictures are. 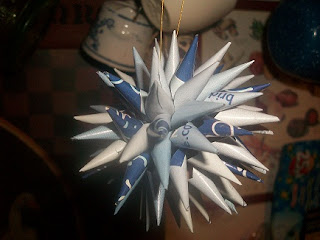 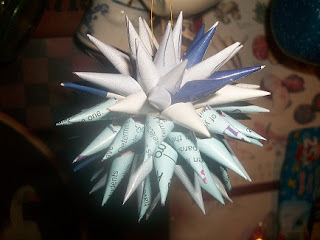 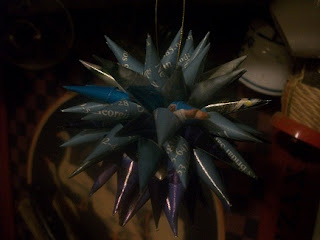 9
magazine paper
Bride's Guide Magazine
Another bad picture alert! My flash was doing bad things to these pictures so I turned it off. Should have left it on for this one! This is shades of blue, much like the other two blue ones. 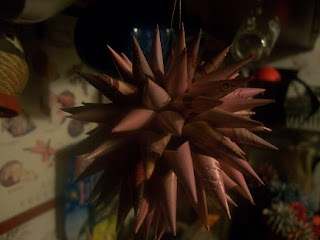 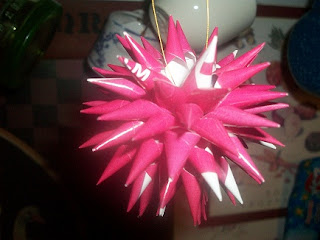 11
magazine paper
Art In America Magazine
pink and white
This one is smaller than all the other stars in this post.
I made this one smaller so I could use only one page from the magazine for a star. I really liked that the whole page in the art magazine was pink with very little white on it. I don't recall just what the page looked like before I turned it into a star.
This paper is different from the Bride's Guide magazine paper.
Most every magazine has slightly different paper in it. The higher end the magazine, the thicker the paper. 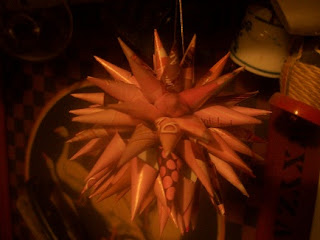 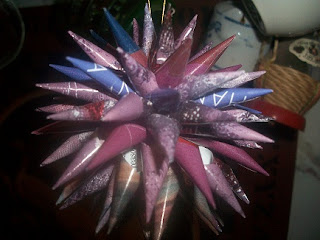 13
magazine paper
Bride's Guide Magazine
shades of purple
Those spikes that don't look purple, really are closer to the other shades than they look on my monitor. I think the camera did something to the true colors. 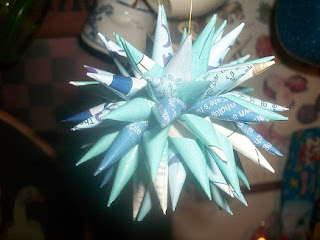 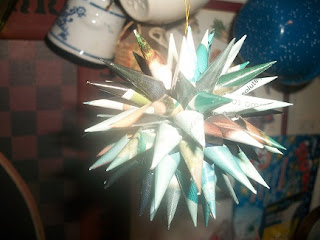 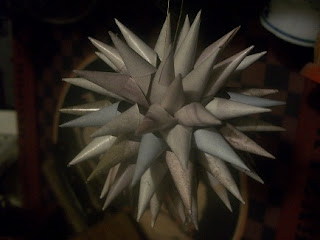 16
magazine paper
Bride's Guide Magazine
shades of white wedding dresses
This one is much prettier in hand. The camera did it no justice! 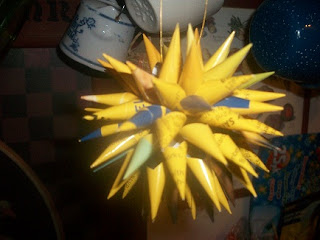 17
magazine paper
Recycling Today Magazine
shades of yellow
This is my favorite star from this post! All that yellow! LOVE it! 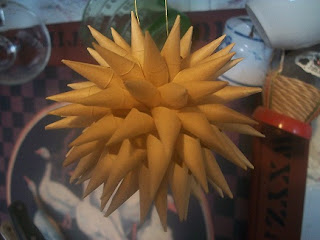 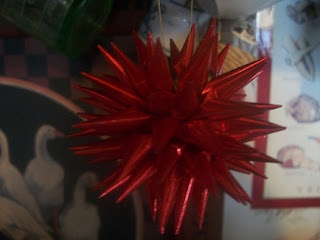 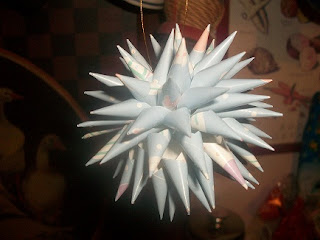 20
wrapping paper
rocking horses
this paper is the thickest paper used on any of these. 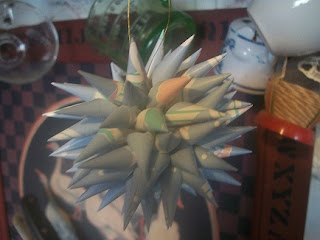 21
Not all wrapping papers are not created equal.
I have rounds cut for a few more stars but I'm going to have to give up making stars for the time being as I've ran out of jewelry wire.
I need to find a different method for holding the stars together. I think the sequins have to go! The hole in the center of them is a bit large and the wire sometimes doesn't hold because the knot tied goes through the hole in the sequin and the whole shebang comes loosened. Thankfully, that's not the end of the star. It just needs to be tied back together again.
I don't know what the next project will be.
You'll know as soon as it is done!
Whatever it might be!
Be good to one another!
Peace
831
Posted by Donna at 8:13 PM

Wow, those are incredible! You must have been busy for a while! I'm going to google those and see how it's done. Good job with all the color co-ordination too! Your cat looks great also. You are talented!