Just Me and Some Thoughts 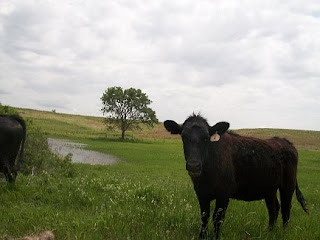 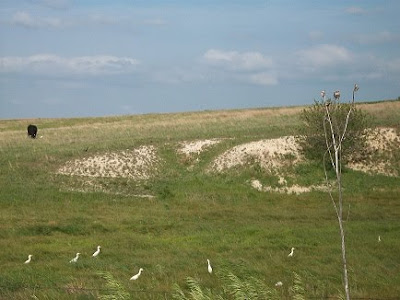 What that really means is that I will be chattering my head off to you and there might not be any pictures in this post at all.
I have art to scan! I feel bunches better today than I have since the beginning of the week! That damned Fibro has let go of me for the time being! My blood sugars went wacko yesterday and that wasn't a great feeling either! But! I am still breathing and above the green, so I'm good to go till the next attack. I survive the attacks, I just don't like them!

I'm working on laundry this morning. Just came from the laundry room changing the machines, last load in washer and one more for dryer. All my son's laundry mind you. He's a good kid though I don't mind doing a couple loads. I'll get to see him in the morning!
I am putting RW's things into the box I took them out of. I threw that cardboard ceiling fan box on the floor in the kitchen which is right off the laundry room. That little terrorist Lola is honing her skills tonight by terrorizing poor Billy who would LOVE to go outside but he can't cause I won't open the door and let him out. Lola jumped in the box and Billy, who loves cardboard boxes, thought he might snag that box for himself. They boxed in and out of the box for a few seconds then Lola jumped him and they started that snarling business and here comes Fred from the deskroom. Barking like the fool dog he is! Never a dull moment at my house. Never! I left them to their own devices in the kitchen.
I won't let Billy outside because he has no business outside at 2:30 in the morning. I might change my mind later. I will be up until the laundry is done. I might let him out later if Lola doesn't stop practising on the poor boy!

I have been working on art some tonight. I have two ATCs to scan. Pink Poodles. There will be 4 postcards completed tomorrow and a couple of chunky pages. Most of them will have found poetry on them before they are done. I painted the seahorse postcard the other day, Tuesday I think, but I finished it today so I can use it for the Found Poetry A Thon over at AFA this weekend. Hopefully the muse will hang around throughout the weekend. She's been kinda contrary for a few days.

I have the music up loud and have had it up loud most of the evening. I started arting about 11:30 or so. My muse must like the tunes tonight. I hit my highest score EVER on Majhonng Dimensions tonight as well.
I'm really pleased with two of the postcards, seascapes. Not sure what I'll have walking on the sand in them but something. Lovers? Birds in the shallows? I just haven't decided yet.

I told you all about the 600 pictures I downloaded from the camera yesterday ...or whenever it was I was here last. I haven't done anything with those pictures. Took a quick look at them but didn't see much that caught my eye. I'll be back. Gonna go take another look. HAS to be something good with that many to choose from!


The damn thing wants to put the photos before the text.... it did this to me the other day as well and it was very frustrating! 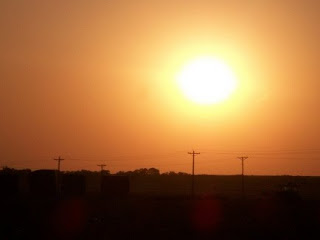 Well! It worked that time!
Telephone poles in the sunset. No photoshop or what have you. That's how it came out. Pretty good for my limited point and shoot skills.
Guess I should tell you about the two up top. I can't move them. They'll just simply disappear on me.
The cows are part of a story I may tell you some day. It's really not a very exciting story if you want to know the truth. Most cow stories really aren't too exciting you know. This young cow has a great view though!
The cattle egrets (white birds) were a great find that day. We don't see many of those up here.
I guess that's all the pictures for today. The laundry has finished, it's 4 in the morning and I need some beauty sleep!
Nighty night!
Go get your hugs! You need them!
Peace
831
Posted by Donna at 3:55 AM