Thursday Art and Little Else

Just woke up from a four hour nap. Not a good time to be waking up...it's a quarter to ten in the evening.

Napping explains why art hasn't been posted till now today.

I didn't have a lick of trouble picking up the pencil early this morning to complete the four ATCs that follow.Cat from the 365 Project, and other endeavors,  provided the photograph you see under my rendition of that photograph. Thanks for letting me borrow your work, Cat. She takes wonderful phototgraphs, people! Go check out her blog. 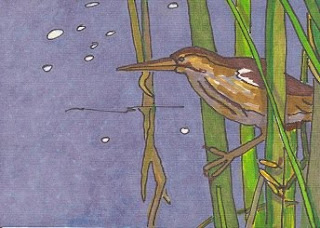 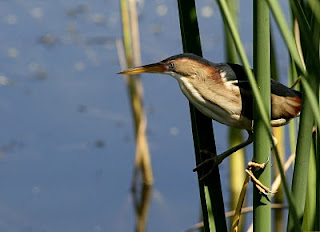 I got four ATCs done today. And not much of anything else besides napping and reading for a couple hours. If I'm to read 50 books this year, I got to get crackin' on the reading! 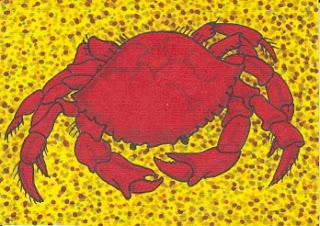 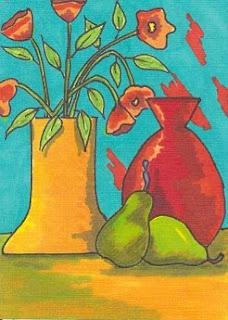 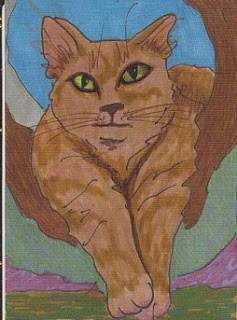 Vaughan is a bit of a wonky cat. His eyes didn't turn out right at all! My least favorite of the day! Just another practice session. The next will be better. It can only get better when you practice. And practice is what the 365 Project does for me. Twenty one days we've been at this...they say it takes 21 days to make a habit. I'm pretty certain this is a habit that will continue! I have RobbyGirl over at Naked Heart Art to thank for this habit forming. What a great habit it is too!

I needed a nap this afternoon apparently. I sure didn't mean to sleep from 4:30 pm to 9 pm. There was a cat fight outside the bedroom window that woke me. That Lola Kid went outside shortly before I laid down to read. Mr. Ed, the stray cat was beating up on poor little Lola. I have to take that cat (Lola, not Mr. Ed) to the vet and get her fixed! She's not old enough to have gone into heat yet, but that is fixin' to change in the next couple of weeks and we don't need any babies!

Mr. Ed is a clever feline! He's been hanging around for months, it seems. He refuses to be caught in the live trap so he can be relocated. Someone dumped his hide out here and he moved in. He figured out the dog door at my sister's house next door and goes in to help himself to the groceries. He sleeps under my house where there's an electric heater to keep the water pipes from freezing and he thinks he owns the place. Beats up Lola and fights with Billy. Susan named him Mr. Ed. She figured if he was gonna stay, and it certainly looks as though that is his plan, he might as well have a name. He fights with Susan's cats, Maddy and Calvin too. He's a nuisance cat. I don't know why people think they have to dump cats out here. Between me, Ma and Susan (we all live right next door to one another) we have seven cats already. We'd welcome Mr. Ed if he weren't wild as a marsh hare. You can't pet the fool critter. You can't get anywhere near him. And he refuses to go anywhere near that trap. He won't even go near it when you put a can of tuna in it to entice him in. I don't know how many times Susan has caught her three cats in that trap. She sets it inside the house and tries to keep her three in one room of the house while it is set so she won't catch them, but somehow they've all been caught at least once. Frankie, her kitten, has been caught more times than she cares to mention!

Fred chases Mr. Ed off every now and then. Fred usually likes cats, loves his own cats, but Mr. Ed rubs that dog the wrong way and every chance Fred gets, he chases Mr. Ed out to the trailer house shed. Course Mr. Ed doesn't leave completely. He sits out there and bides his time till that dog goes away and then he's back to prowling the neighborhood.

If you have a cat or a dog that you really can't take care of or that you don't like, don't go dumping it out in the country. Just cause people live in the country does not mean they need another cat or a dog. It's not good on the critter and it's down right rude to the people. Just because you leave that critter off at a house doesn't mean that critter is going to have an easy life because of it. Especially a critter that isn't people friendly to begin with. No one wants a cat hanging round that doesn't earn his keep. And Mr. Ed does not earn his keep! Part of earning your keep if you're a cat, is giving your owner affection.

OK, I'm done ranting about stay cats. Thankfully we've not had many dogs dumped off out here.

Speaking of dog...that Fred dog wants out! He's barking at the front door. Mr. Ed must be out there and Fred thinks he needs a run apparently.

I am going to be up for awhile so I'm going to go do the dishes and see what other kind of trouble I can find. If we hadn't unplugged the lights in the burned house, I'd go out there and collect some things that I need to put away in the house but beings it's dark out there and I'm uncertain which of those cords will make the lights work, I won't be making a run to the burned house tonight. I knew I should have gone out before I laid down to read.

I'll be back tomorrow with more art to show you all. Have a fantastic Friday!

Get your hugs! Give some hugs! Kisses are important as well!

Oh my word...you did an amazing job with that photograph, Donna!! I love it!! WOW! Everything looks great, you do beautiful work...even that wonky eyed cat is gorgeous!

Get some hugs, I'm sending you one from me!!

Great job translating a drawing from the photo!
And poppies and pears is gorgeous!

Give your pet their own special doggie door. Dog Doors provide your pets with the freedom to come and go as they please without requiring you to let them in and out every time. Selecting a quality Dog Door can help save energy during the hot and cold seasons. Choose a Dog Door large enough for your pet to enter and exit comfortably and safely. Dog Doors should have a closing panel for times when you want to secure your Dog Door.